It's been forever since I've ranted posted about casting for The Hunger Games. It's just been coming too fast! But I figured we could play catch up real quick.

I haven't seen her in much, but I think she's got the look down well enough. So...we'll see.

OH GOD THE UNI-BROW. I noticed it once, and now when I look at her it's all I see. Please tell me that's being taken care of? Other than that, though, I like her. (But seriously. The brow needs to go.) 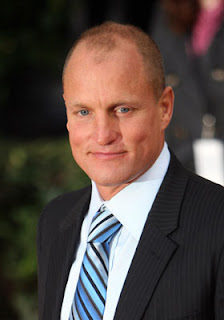 OH HEY THERE TALLAHASSEE. Yes, that's the only role I've seen him in. I hadn't thought of him to play Haymitch until he was announced, but now looking back on it, I definitely see flecks of Haymitch. I think he'll do the role justice!

Wes Bentley will be playing the Seneca Crane. He looks good. His beard looks very evil. I approve.

Stanley Tucci will play Caesar, the host of The Hunger Games.

Awesome choice! Again, haven't seen him in much, but Caesar's role shouldn't be too difficult... (Did you guys ever catch that Katniss's mom doesn't have a first name? Well, she probably does, but it's never shared with us.) Looks good. As long as she can look depressed easily, she should do fine.

And check it--all of the tributes have been announced! Cato would've been a better looking Peeta than Hutcherson, am I right?

Also, have you guys seen pictures of where The Hunger Games is being filmed, Asheville, North Carolina, USA? It looks exactly how I pictures District 12--very woodsy and low-key.

Email ThisBlogThis!Share to TwitterShare to FacebookShare to Pinterest
Labels: Movies, The Hunger Games