DNF is reader speak for Did Not Finish. Here are a few books I've recently marked as DNF: 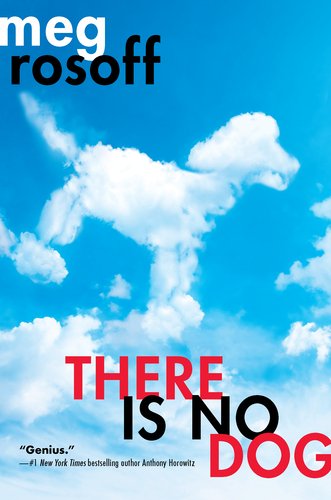 There Is No Dog by Met Rosoff'

Where I got it: Through ATWT for review*
How far I got into it: About 120 pages
Recommended to: Fans of strange and quirky stories

Meet your unforgettable protagonist: God, who, as it turns out, is a 19-year-old boy living in the present-day and sharing an apartment with his long-suffering fifty-something personal assistant. Unfortunately for the planet, God is lazy and, frankly, hopeless. He created all of the world's species in six days because he couldn't summon the energy to work for longer. He gets Africa and America mixed up. And his beleagured assistant has his work cut out for him when God creates a near-apolcalyptic flood, having fallen asleep without turning the bath off.There is No Dog is a darkly funny novel from one of our most delightfully unpredictable writers.


I picked up There Is No Dog not because I'd read a gazillion reviews of it, but simply because the premise had some serious potential. Obviously, I did not think the premise made up for it.

The idea was executed well (and was surprisingly un-offensive, to me at least), but I got a hundred-some pages in and realized that I just did not care about these characters anymore than I cared Grey's Anatomy. Also, the writing style didn't jive with me. It was very formal and almost stiff. I'll give the author's writing another chance, though, since it could've also had something to do with me or the characters.

So yeah, There Is No Dog just didn't click with me. However, if you think it sounds good you should pick it up, because it's got pretty good ratings on Goodreads. 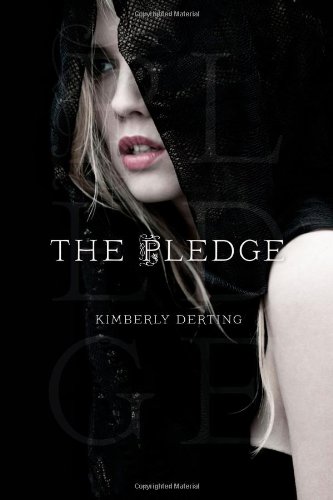 The Pledge by Kimberly Derting

Where I got it: Through Galley Grab for review
How far I got into it: About 90 pages
Recommended to: Fans of fantasy-dystopias

In the violent country of Ludania, the classes are strictly divided by the language they speak. The smallest transgression, like looking a member of a higher class in the eye while they are speaking their native tongue, results in immediate execution. Seventeen-year-old Charlaina has always been able to understand the languages of all classes, and she's spent her life trying to hide her secret. The only place she can really be free is the drug-fueled underground clubs where people go to shake off the oppressive rules of the world they live in. It's there that she meets a beautiful and mysterious boy named Max who speaks a language she's never heard before . . . and her secret is almost exposed.

Charlie is intensely attracted to Max, even though she can't be sure where his real loyalties lie. As the emergency drills give way to real crisis and the violence escalates, it becomes clear that Charlie is the key to something much bigger: her country's only chance for freedom from the terrible power of a deadly regime.

This is another instance where I found myself just not caring at all about the characters. Not only that, but I found the world to be completely ridiculous and under-developed. Maybe I was just not in the mood for this book, or maybe it's just not my kind of book. I'm not sure which. But this one's got very mixed reviews, so I guess it wasn't just me...

Imaginary Girls by Nova Den Suma
Where I got it: From the library
How far I got into it: About 90 pages
Recommended to: Readers who can look past an under-developed main character for great writing

Chloe's older sister, Ruby, is the girl everyone looks to and longs for, who can't be captured or caged. When a night with Ruby's friends goes horribly wrong and Chloe discovers the dead body of her classmate London Hayes left floating in the reservoir, Chloe is sent away from town and away from Ruby.

But Ruby will do anything to get her sister back, and when Chloe returns to town two years later, deadly surprises await. As Chloe flirts with the truth that Ruby has hidden deeply away, the fragile line between life and death is redrawn by the complex bonds of sisterhood.

With palpable drama and delicious craft, Nova Ren Suma bursts onto the YA scene with the story that everyone will be talking about.

This one was the biggest disappointment of the three because I was really looking forward to it. Unfortunately, this one just fell completely flat for me, mainly because of the protagonist, Chloe. Mainly that she was a shell. She had no individual thought, she only existed to tell the story, I guess. Ren Suma's writing was gorgeous and flowed really well, so I'll be picking up a future book of hers, but this one was not for me. Again, this is a book that people either seem to adore or hate, so you'll have to make up your own mind about this one.

Email ThisBlogThis!Share to TwitterShare to FacebookShare to Pinterest
Labels: DNF, Imaginary Girls, The Pledge, There Is No Dog