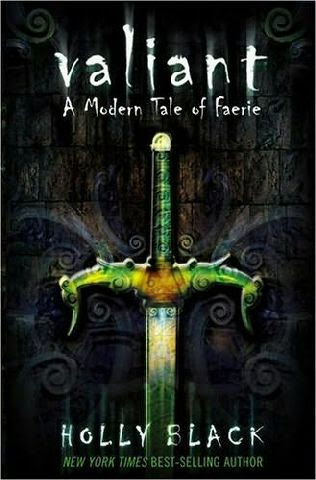 When seventeen-year-old Valerie runs away to New York City, she's trying to escape a life that has utterly betrayed her. Sporting a new identity, she takes up with a gang of squatters who live in the city's labyrinthine subway system.

But there's something eerily beguiling about Val's new friends. And when one talks Val into tracking down the lair of a mysterious creature with whom they are all involved, Val finds herself torn between her newfound affection for an honorable monster and her fear of what her new friends are becoming.

I just couldn't get into this book. Even after the halfway point, where I usually got more into the book, I didn't. It took me until the very end to get into it.

I think that the whole drug thing annoyed me. In fact, pretty much all of the characters annoyed me too. The only character that I cared about was Ravus...and maybe Val towards the very end.

Holly Black's writing was, as expected, great once again. But her storytelling abilities weren't as good as they were in Tithe; I had a really hard time picturing everything and everyone.

The plot was OK. Nothing great. Probably not something that I'd pick up if it wasn't the sequel to Tithe.

Hopefully Ironside will be better, because Valiant fell short of my expectations.