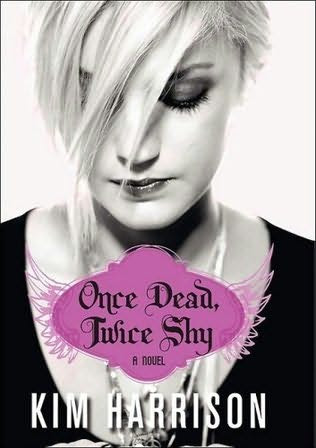 My name is Madison Avery, and I'm here to tell you that there's more out there than you can see, hear, or touch. Because I'm there. Seeing it. Touching it. Living it.

Madison's prom was killer—literally. For some reason she's been targeted by a dark reaper—yeah, that kind of reaper—intent on getting rid of her, body and soul. But before the reaper could finish the job, Madison was able to snag his strange, glowing amulet and get away.

Now she's stuck on Earth—dead but not gone. Somehow the amulet gives her the illusion of a body, allowing her to toe the line between life and death. She still doesn't know why the dark reaper is after her, but she's not about to just sit around and let fate take its course.

With a little ingenuity, some light-bending, and the help of a light reaper (one of the good guys! Maybe . . . ), her cute crush, and oh yeah, her guardian angel, Madison's ready to take control of her own destiny once and for all, before it takes control of her.

Well, if she believed in that stuff.

Lucky for me, I own Prom Night From Hell, which is a collection of YA paranormal short stories, one is written by Kim Harrison about Madison Avery. You don't have to read the short story to reads the novel, but I do recommend it. Without it, I think it would seem like you skipped a book, even though it explains everything.

This isn't Kim Harrison's first book, just her first young adult, and it shows. Her writing was beautiful, painting a great picture in my head. The plot serves up twists and turns, but doesn't get overly confusing. And there's plenty of humor, especially in Madison's thoughts.

I love Madison. She's so cool, and someone that I instantly wanted to befriend. All of the characters are great, each one unique and shining in their own way. I would've like a little more of a back-story to Barnabas, but he's only in half of the book-or at least that's what it seems like.

This is a book that was hard for me to put down, which I was forced to for Independence day here in USA. Once Dead, Twice Shy was a quick, funny, and altogether awesome read! Shall there be a sequel? I certainly hope so....

Oh, and happy 4th of July to everyone in the USA! Hope you enjoyed yours as much as I enjoyed mine.