Waiting On Wednesday is a weekly meme hosted by Jill at Breaking The Spine. I love these, and figure that my first one is overdue. 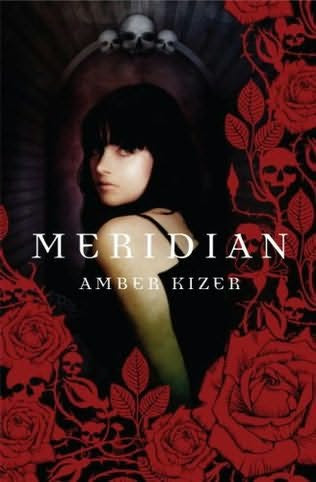 Sixteen-year-old Meridian has been surrounded by death ever since she can remember. As a child, insects, mice, and salamanders would burrow into her bedclothes and die. At her elementary school, she was blamed for a classmate’s tragic accident. And on her sixteenth birthday, a car crashes in front of her family home—and Meridian’s body explodes in pain.

Before she can fully recover, Meridian is told that she’s a danger to her family and hustled off to her great-aunt’s house in Revelation, Colorado. It’s there that she learns that she is a Fenestra—the half-angel, half-human link between the living and the dead. But Meridian and her sworn protector and love, Tens, face great danger from the Aternocti, a band of dark forces who capture vulnerable souls on the brink of death and cause chaos.

It looks amazing! I can't wait to read it. It's being released August 11th, but if you want to win a copy early Taschima from Bloody Bookaholic is giving away a copy.

Email ThisBlogThis!Share to TwitterShare to FacebookShare to Pinterest
Labels: Meridian, Waiting on Wednesdays