Waiting on Wednesday- er, On Thursday (8) 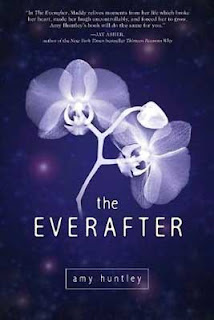 The first thing Maddie knows is that she's dead—other than that, she just is. She doesn't know where she is, who she is, or what's going on. But then she encounters lost objects from her life, and each one takes her back to the events in her life during which she lost them. Slowly her memory is restored, and Maddie learns that she can even alter the outcome of each event. Each object brings her closer to the person she was before—and the truth behind her death.

It sounds like If I stay, which I've still yet to read unfortunately. This is being released very soon. As in, September 29th soon. Yay! And, what do you guys think of the cover? I really like it. It's very mysterious and kinda dark, and it fits the description really well.

Email ThisBlogThis!Share to TwitterShare to FacebookShare to Pinterest
Labels: The Everafter, Waiting on Wednesdays