So, although it's been far too long since I've blogged, I've still been keeping up with the blogosphere. And, I want to share two brand new, amazing covers that I've found. Both are titles in a series.

This is not the final cover, but still so pretty! City of Fallen Angels by Cassandra Clare (Book 4 in the Mortal Instruments series) (Found this at Books Not Bombs!) 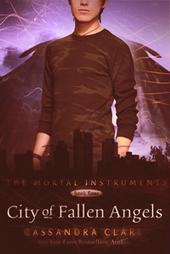 I know! I still haven't read City of Glass yet, though, so I've got some catching up to do. The next one is:

Linger by Maggie Stiefvater (Sequel to Shiver) (Found this at Presenting Lenore!) 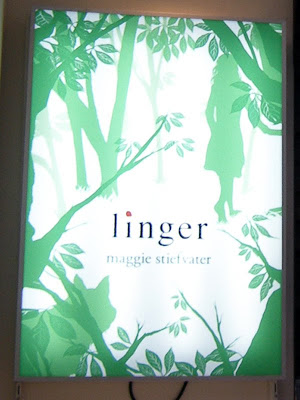 I didn't think that the cover for Linger would be able to even be compared to the amazing cover for Shiver, but this cover is so eye-catching and beautiful! But now that I know that it's out there, I feel such...longing.