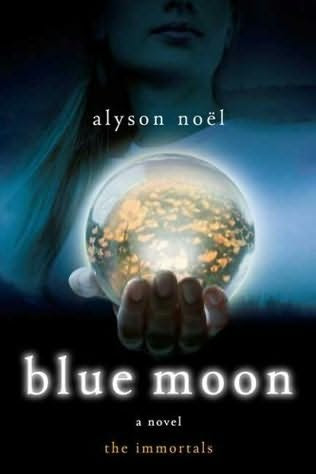 DO NO READ IF YOU HAVEN'T READ EVERMORE

Just as Ever is learning everything she can about her new abilities as an immortal, initiated into the dark, seductive world by her beloved Damen, something terrible is happening to him. As Ever’s powers are increasing, Damen’s are fading—stricken by a mysterious illness that threatens his memory, his identity, his life.

I have extremely mixed feelings about this book. On one hand, it was a fun read that took the series places I didn't expect it to go. On the other hand, it definitely had its flaws....

The plot goes deeper into Summerland and Damen's past; two things that I was craving all though Evermore. It also talks a lot about magic and the moon, which I thought was pretty cool. But, at some points in the book, it was like the plot was going nowhere. Ever would just ask questions while going to school, and it seemed like the book would never end. Towards the end that problem was solved and (finally!) provided answers.

Ever kind of annoyed me in Blue Moon. She was fine in Evermore, and towards the beginning of this book was even less whiny than in evermore, but then as the book progressed and decisions had to be made by Ever, I just noticed her complete lack of confidence and self-esteem. It really started to irritate me. In Blue Moon, we see much less of Ever's friends Miles and Haven, and much more of Ever new friend, the physic Ava, who I didn't care for. We barely see any of Damen, either, which saddened me.

Alyson Noel's writing was, again, unimpressive. I often wondered if others disliked her writing style too, since she obviously tried to step it up, which could be weird when she tried to make the characters dialogue "better" too, especially since it was inconsistent; one minute they'd talk like normal teenagers, the next they wouldn't. The one thing that I genuinely liked about Alyson Noel's writing in Evermore was he snappy teen dialogue, but I feel like that's been taken away from me.

I didn't exactly predict the ending. Well, I predicted the overall ending, I suppose, but there was one twist that I didn't see coming. (I assume those that have read Blue Moon will know what I mean.) Despite my problems with the book, it was still a fun read. I'll definitely be picking up Shadowland, which comes out this month.