Interview with Gayle Forman, Author of If I Stay

I loved If I Stay, so I'm thrilled to have Gayle Forman over for an interview! Be sure to check out my review of If I Stay.

Where did you get the idea for If I Stay? 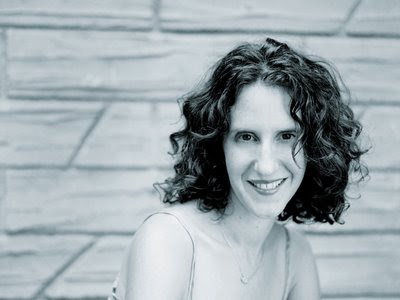 It was born out of a question that had lingered in my mind for a long time: What would you do if something catastrophic happened to your family and you yourself were hovering between life and death and were somehow aware of what had happened. If you could could choose to go with your family or stay, so to speak, what would you do? After many years of thinking about this, one day out of the blue this 17-year-old girl named Mia popped into my mind and answered the question for me.

Music plays a big part of If I Stay. Was there specific music you listened to while writing If I Stay?
It has nothing to do with the story but I listened to the song "Falling Slowly" from the Once movie soundtrack. I can't tell you why. I mean I can tell you why. I'd hear the song and it would make me start to cry and put me in the right mood for writing, but I can't tell you why the song made me cry. It's not a particularly sad song or a particularly sad movie and, strangely, it no longer has that effect on me. I also listened to a lot of cello and classical. I don't have any background in cello or classical music so Mia's arrival as a cellist was a surprise to me and I had to listen to a ton of music as research.

Were any of your characters based off of a real person?
All my characters are a mix of real people and fantasy elements. But in the first draft, Adam was named Nick, which is my husband's name. Now, Nick isn't quite as dreamy as Adam. Then again, we've been together 17 years so....

What's your most effective way of getting through writer's block?
I do two things. One is that some days I don't write when I know that the material hasn't arrived yet. Usually on days like that I'm thinking pretty obsessively about the story, so I don't really feel blocked.I'm just not ready to sit down at the computer. This is pretty effective because when I do sit down, it tends to come flying out. But really, I think the cure for writer's block, counter-intuitive as it might sound, is to write your way through it. For example, I've found that in order to start a new book, I need to be working on something, even if it's the wrong thing. Similarly, if I've hit a rough patch in a book, I usually need to write my way through it (unless, as I mentioned before, I'm in the thinking stage). I am true believer that the cure for writer's block is to keep writing, even you have to put your current project aside and work on something else. Momentum breeds momentum. Inertia breeds inertia. Which isn't to say that I don't write a lot of crap sometimes, but that's part of the process. You've got the make the clay before you can mold it. 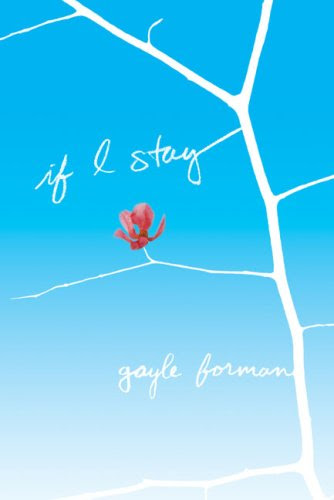 What was the hardest part of If I Stay to write?
After I wrote the entire book, someone suggested to me that I add something to the (already-graphic) accident scene. A moment of pure horror for Mia so awful that it shows why she disconnects emotionally as much as she does physically (and she had to be emotionally disconnected otherwise she'd spend the whole book crying). So I went back and added more to that scene. It's not much. It's just her seeing her wrist with the charm bracelet and trying to wake herself up and thinking it can't be real. This isn't real. Which is how I know I've reacted to very bad situations. Anyhow, because I had already written the book and grown so attached to Mia, that scene was very difficult to write because I knew that it was real (for my fictional character, anyhow) and I knew what I was about to put her through. You really come to care about your characters like they are living, breathing people.

Anything else to add?
The paperback of If I Stay is coming out April 6th. It has a striking new cover, which is very different from the hardcover, and a ton of bonus material in the back, including a behind-the-scenes glimpse at the music in the book and a very personal statement about why I wrote the book (a bit more specific than what I told you here). Also, come visit me on my blog at www.gayleforman.com/blog. That's all.

Thanks again Gayle! I know that I'll definitely be picking up a paperback!

Email ThisBlogThis!Share to TwitterShare to FacebookShare to Pinterest
Labels: Gayle Forman, Guest Post/Interview, If I Stay