Interview with Julie Kagawa, Author of The Iron Fey Series

The Iron King and its sequel The Iron Daughter are some of my favorites, so I'm absolutely thrilled to have the author of them, Julie Kagawa, stop by for an interview. 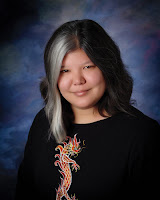 Where'd you come up with the original idea for the Iron Fey series?

I've always loved faeries, but when I started The Iron King, I wanted to write something that was a little different. So I started thinking, what are the fey afraid of? In myth and legends, the answer is iron. So, what if there were a type of faery that was immune to iron, and how would that affect the other fey? Then I remembered we already have 'monsters' in machines: gremlins and bugs and viruses and such. And from that thought, the Iron Fey were born


Was The Iron King your first completed novel?

No, I'd worked on and finished several other stories before The Iron King, the last one being a fantasy set in medieval Japan. The Iron King was just the first novel that was published.

What made you decide to write for young adults?

I've always enjoyed writing for and about teenagers. Guess that says something about my maturity level. :P

Out of nowhere, you've been teleported to an island. At first you freak out, but you then realize that 4 of your favorite books have come with you and this calms you down. Those 4 books are...?

Poison Study, The Fox Woman, Helm, and The Druid of Shannara.

Can you give us any clue to what you're working on now?

At the moment, I'm working on a new YA series. Think vampires.