Today I'm pleased to bring you a guest post from one of the sweetest authors I've ever worked with, Jacquelyn Wheeler. She's going to talk to us about her childhood love of writing and books.

When I was a kid, I was both blessed and cursed with a vivid and highly active imagination. I would make up stories and songs, dream up games to play with my sister, and spend hours interacting with my stuffed animals, who were just as real and alive to me as our dog and cat. But come nightfall, I would be plunged into a world of terror. I was petrified of the dark and of the swirling colors I saw in it, watching and waiting for the moving black shapes to finally come suck my soul from its body. Even with a nightlight on, I would lie awake for hours, absolutely frozen in fear, unable to close my eyes, let alone sleep. I was pretty exhausted most of the time as a result of it.
I found I loved writing stories, because they allowed me to escape into a world where I had complete control. Nothing scary could get to my characters unless I let them--which I never did. When I was eight, I wrote a series of stories about a cat named Priscilla who solved crimes, but I never let her get into any kind of real danger.
Then one day, when I was twelve, I rode my bike past an abandoned house, and for some reason I got completely freaked out. All kinds of scary images started coming to me, and I felt that familiar fear washing over me. But this time, I realized that instead of just a shapeless dread, I was imagining a whole story about a ghost who lured me into the house to show me the truth about a crime that had been committed there half a century earlier. I raced home and wrote my first horror story, and the power I felt by taking my fear and turning it into something creative and interesting that I had control over made the world suddenly seem less terrifying. After that, I no longer needed to sleep with a nightlight on. Writing was the key to controlling my imagination. 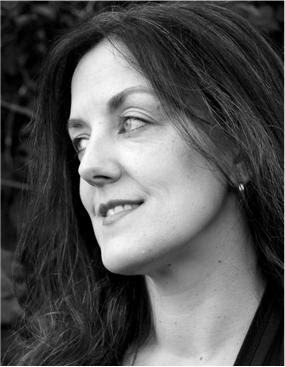 I read everything I could get my hands on and checked out tons of books from the school library. I loved the Tintin comic books and Greek myths, and I read all the Judy Blume books, which was my first introduction to great stories for kids and young adults. As I read her books, I was constantly amazed that a grown-up could write so authentically from a kid's perspective, because at the time, the gulf between adults and kids seemed impossibly huge. I think the respect and appreciation I had for Judy Blume is part of what attracted me to writing young adult books later in life.
Looking back at my early stories, I see that I wasn't a particularly skilled writer, but I was very passionate about writing. And that's the key, really. Anyone can learn the basics of structure and plot and how to write a grammatically correct sentence, but you can't learn passion. For those of you who love to write but feel that you're just not any good at it, I would offer this advice: keep at it. Let the stories flow out of you in whatever form they take. Take writing classes to improve your craft, but remember that your passion for writing is the most important element. Because even if your stories never see the light of day and you only write for yourself, they have the power to help you transform your life in a very positive and wonderful way.
Thanks so much Jacquelyn! Be sure to check out my review of Rising Shadow if you get the chance, and the Soterians series website.