Author: Hannah Moskowitz
Release date: April 17, 2012
Publisher: SimonPulse
Pages: 288
How I got it: For review through GalleyGrab

In the wake of the post-9/11 sniper shootings, fragile love finds a stronghold in this intense, romantic novel from the author of Break and Invincible Summer.

It's a year after 9/11. Sniper shootings throughout the D.C. area have everyone on edge and trying to make sense of these random acts of violence. Meanwhile, Craig and Lio are just trying to make sense of their lives. Craig’s crushing on quiet, distant Lio, and preoccupied with what it meant when Lio kissed him...and if he’ll do it again...and if kissing Lio will help him finally get over his ex-boyfriend, Cody. Lio feels most alive when he's with Craig. He forgets about his broken family, his dead brother, and the messed up world. But being with Craig means being vulnerable...and Lio will have to decide whether love is worth the risk.
This intense, romantic novel from the author of Break and Invincible Summer is a poignant look at what it is to feel needed, connected, and alive.

I live in central Virginia, so I'm no stranger to the beltway sniper from 2002. I often pass one of the gas stations he killed someone at, and I used to be dragged into the Michael's he shot someone at frequently. I was only six at the time of the shootings, but I very clearly remember being in first grade and not being able to play outside during recess, and the teacher's face when we asked why. About four years ago my mom told me why that was.

So while I was too young to feel the intense fear that Lio and Craig felt, it doesn't matter. Their fear leaps off the page and becomes intertwined with your own. Moskowitz expertly makes you feel everything her main characters are feeling. Not only does her writing do that, but it also manages to be fast and addictive, making Gone, Gone, Gone a surprisingly quick read.

If you don't love both Lio and Craig then I don't know what's wrong with you. Both are different and Craig's a little damaged, but throughout the book I didn't care and all I was thinking was that I wish I could do something like this: 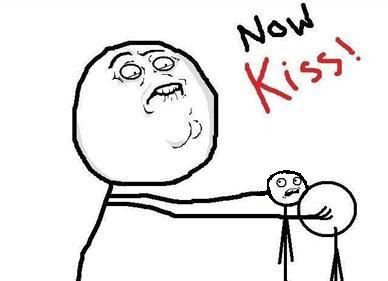 Obviously I had no problems with my first GLBQT romance.

Moskowitz is an author unlike any other in YA right now in all of the right ways. Her books are fast yet have depth, and even if you don't love most of the main characters actions you'll love the main characters. I'll definitely be on the look-out for her next novel, and I now know I for sure need to get a copy of Break (her debut) and Zombie Tag (her middle-grade).


Plot: Engrossing.
Characters: Love! Especially Lio.
Writing: So good.
Ending: Good.
Kid friendly? There's mentions of sex, swearing, and underage drinking.
Overall:
No one could tear me away from this book.
Intense and scary but also hopeful, Moskowitz brought out the big guns for her third YA novel. While it lacked that something that makes me want to read a book forever, I know an awesome book when I read it, and Gone, Gone, Gone was awesome.