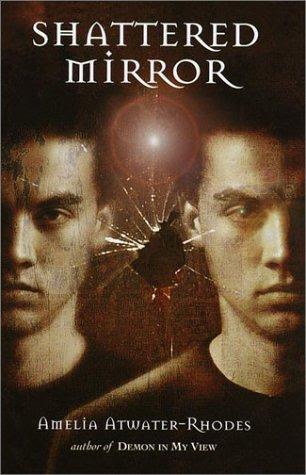 Release Date: July 8, 2003
Publisher: Laurel Leaf
Age Group: 12+
Pages: 221 (Paperback)
Other Titles In Series: In The Forests on the Night, Demon in my View (You should read them in order.)

I think I liked Demon In My View more, but this was still a really good addition to the Den of Shadows series.

The plot was very original, and executed well. There was lots of action, and the Sarah's journey was very well documented. Even so, I didn't have much trouble putting it down, although there were parts where I couldn't.

I think part of the reason it was semi-easy to put down was that I didn't love any of the characters. Sarah, Christopher, Nissa, and Nikolas, were all OK. Sarah was probably my favorite; she had awesome fighting skills, wasn't whiny, and let her emotions guide her through the whole book.

What can I saw about Amelia Atwater-Rhodes? She is one of my favorite authors. All of her books that I've read (which, right now, has only been the first 3 in the Den of Shadows series) have been very well-written, well thought out, and very quick reads. And, of course, Shattered Mirror was no exception.

So, although Demon in my View is still my favorite out of the series, Shattered Mirror was still a pretty darn good read, and quick. If you're looking for a new, relatively unknown, well-written vampire and vampire hunter book, pick up Shattered Mirror. And the rest of the 90s, gothic Den of Shadows series.