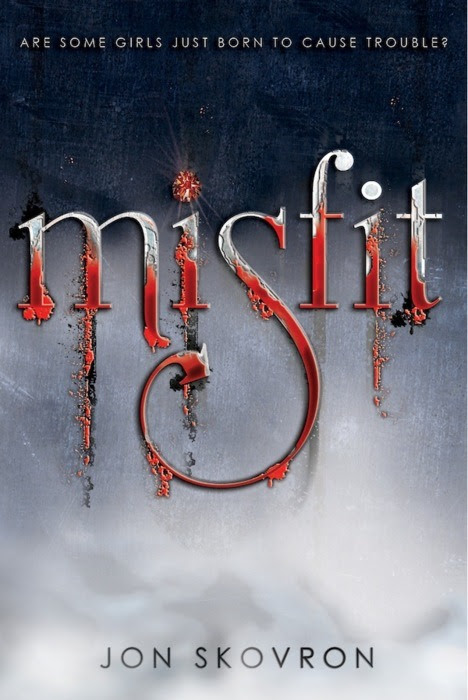 Are some girls just born to cause trouble?

Jael Thompson has never really fit in. She’s changed schools too many times to count. The only family she’s ever known is her father, a bitter ex-priest who never lets her date and insists she attend the strictest Catholic school in Seattle. And her mother—well, she was a five thousand year old demon. That doesn’t exactly help.

But on her sixteenth birthday, her father gives her a present that brings about some unexpected changes. Some of the changes, like strange and wonderful powers and the cute skater boy with a knack for science, are awesome. But others, like the homicidal demon seeking revenge on her family? Not so much.

Steeped in mythology, this is an epic tale of a heroine who balances old world with new, science with magic, and the terrifying depths of the underworld with the ordinary halls of high school.

I'll admit that it's cover is kind of blah, but it sounds really good, and Jon Skovron really impressed me with his debut contemporary, Struts & Frets. So woo hoo August!

Email ThisBlogThis!Share to TwitterShare to FacebookShare to Pinterest
Labels: Misfit, Waiting on Wednesdays